Renard is a member of the Blue Guardians. 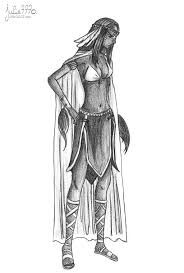 Renard is a dark skinned young woman of below average height. She wears a bikini upper part, a skirt and sandals.

She gets the informations from Requin and gives them to Hardner. Then she kidnaps Elie, defeating Lazenby, Ruby and Julius, causing the latter to remark the First Mate as "a monster". She, unlike Hardner and the Six Guards, gets not defeated and reforms along with Hardner.

Renard's Dark Bring allows her to move at incredible speeds and cover long distances in seconds. As testament to her power she defeated Lazenby, Ruby, and Julius swiftly and captured Elie.

Community content is available under CC-BY-SA unless otherwise noted.